Donnie Trumpet and The Social Experiment evoke the powerful sounds and feelings of Jazz. The four-piece band led by Trumpet, featuring Chance the Rapper, released their first album entitled “Surf” for free yesterday.

Those hoping for another Chance the Rapper project would be surprised his voice contribute to a larger collective. Listeners who downloaded the album were exposed to various sounds, some acquired tastes, but also those that were smooth.

For the past few months, those who have listened to other songs featuring The Social Experiment have only heard a taste of their style including “Sunday Candy.” Trumpet direction gives listeners give listeners a deeper exploration of the band’s playfulness in Jazz.

Besides the album’s obvious Jazz influence, there are other factors which make it outstanding is the harmonies from the background vocals. This element added a soulful quality to the album. 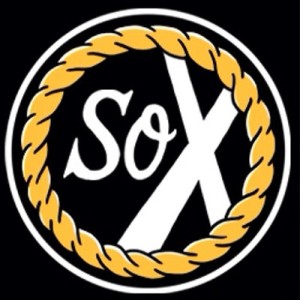 Donnie Trumpet and The Social Experiment exposes the listener to the sounds of various instruments including keyboard. Cottontale’s keyboard intertwined funk within different tracks within the album.

Whether or not you are in the mood Jazz, Neo-Soul, or Hip Hop, this is definitely an interesting album to check out.